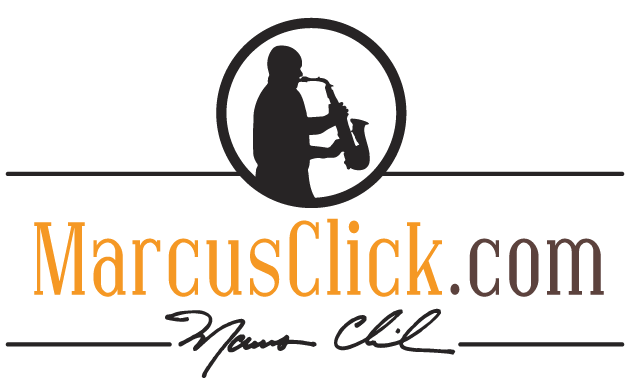 As a native of the Louisville, Kentucky, Marcus grew up with aspirations of becoming a pro football player, but his goals changed after having committed over 13 years of his young life to the U.S. Navy honorably. During this time, his love for jazz grew by listening and learning from the late Grover Washington, Jr., David Sanborn, Kirk Whalum, Najee, Dave Koz, the late saxophonists, Art Porter and George Howard. Marcus says on one account,” I became truly inspired by a phone call from the late George Howard, a conversation and experience I’ll never forget.” Marcus would find his way before Rebbie Jackson (a Sister of Jackson 5 & Janet Jackson) and her family during a weekend show in Las Vegas. He knew his life was being routed towards a musical journey.

Since then, Marcus has perform locally in Jacksonville, Florida and continued to travel abroad. To name a few notable events, Marcus performed for the Convoy of Hope, a Superbowl & NFL Sponsored Event. He has even opened up for Miles Jaye, R&B Artist. Notably, Marcus was the headliner for the Lincoln Foundation’s 19th Annual Night of Jazz Concert at the Kentucky Center for the Performing Arts, located in Louisville, KY (2014) and the 2016 Derby City Jazz Festival, 2019 Jacksonville Jazz Festival and was the Headliner for the 2020 Mayor’s Jazz in the Park (Orlando FL).

Not too far in the recent past, Marcus released the single “Brand New Day” (2018), globally and to 100+ radio stations across the country. The song was composed/produced by jazz sensation, International Recording Artist/keyboardist, Jonathan Fritzen, whom also performs on the single. It debuted at #1 song, with the most spins during its 1st week in rotation on Billboard Smooth Jazz radio stations across the US. It even received air play in the UK and charted 7 consecutive weeks on The Smooth Jazz Network Top 100, along with charting #1, #5, #30 on other jazz charts.

Due to COVID-19, Marcus’s performance schedule and music releases were hindered. Nevertheless, with Marcus’s perseverance, he is set to release his latest single, “Together We Stand” – November 16, 2020, which peaked at #46 on SmoothJazz.com Top 100 and was produced by William Green and Ben Parris, whom both performed on this song, which compliments Marcus at a whole new level.

Next, Marcus will release his latest release and new single, “Sound the Alarm”, July 23, 2021 followed by his new full CD, “Brand New Day”, the Summer 2021 under the Label, TWIN RECORDS. Stay connected with Marcus via his website and/or social media for all of the latest news.